Mersin is a province in southern Turkey, on the Mediterranean coast between Antalya and Adana. The provincial capital is the city of Mersin and the other major town is Tarsus, birthplace of St Paul. 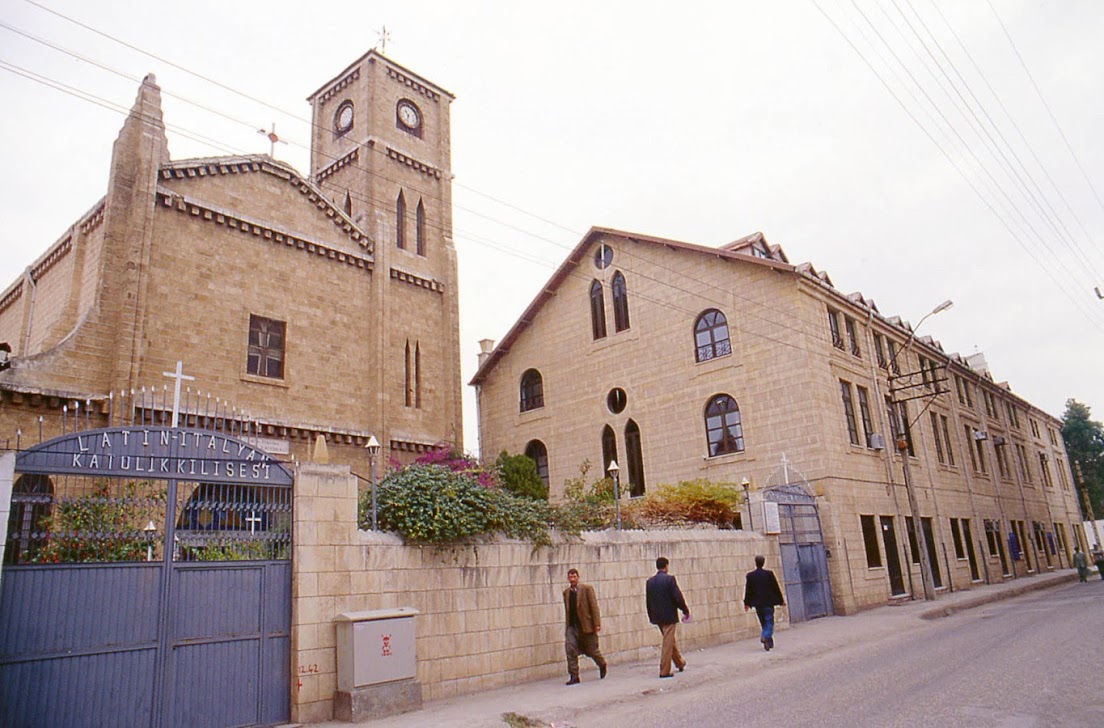 Cultural and Religious Tourism:
Mersin is an incredible cultural melting pot. Saint Paulus, the first Apostle of Christ, was born in Tarsus which is 25 km to Mersin. Tarsus has inherited a cultural heritage accumulated in 6 thousand years. Archaeological excavations carried out in Yumuktepe tumulus, located at the center of Mersin, have shown that the city was first built 9 thousand years ago. Silifke city, founded by Selefkos Nikator, one of the commanders of Alexander the Great, is preparing for its celebrating its 2300th anniversary. Around 100 ancient cities scattered around Silifke feature the unique heritage of the Greek, Roman and Byzantian civilizations which we can discover together. In addition to these, Antakya, the city of Saint Pierre where you can reach after a 3-hour drive, and Cappadocia, the city of earth pillars in a 4-hour driving distance, are among other tourist attractions which should not be missed. 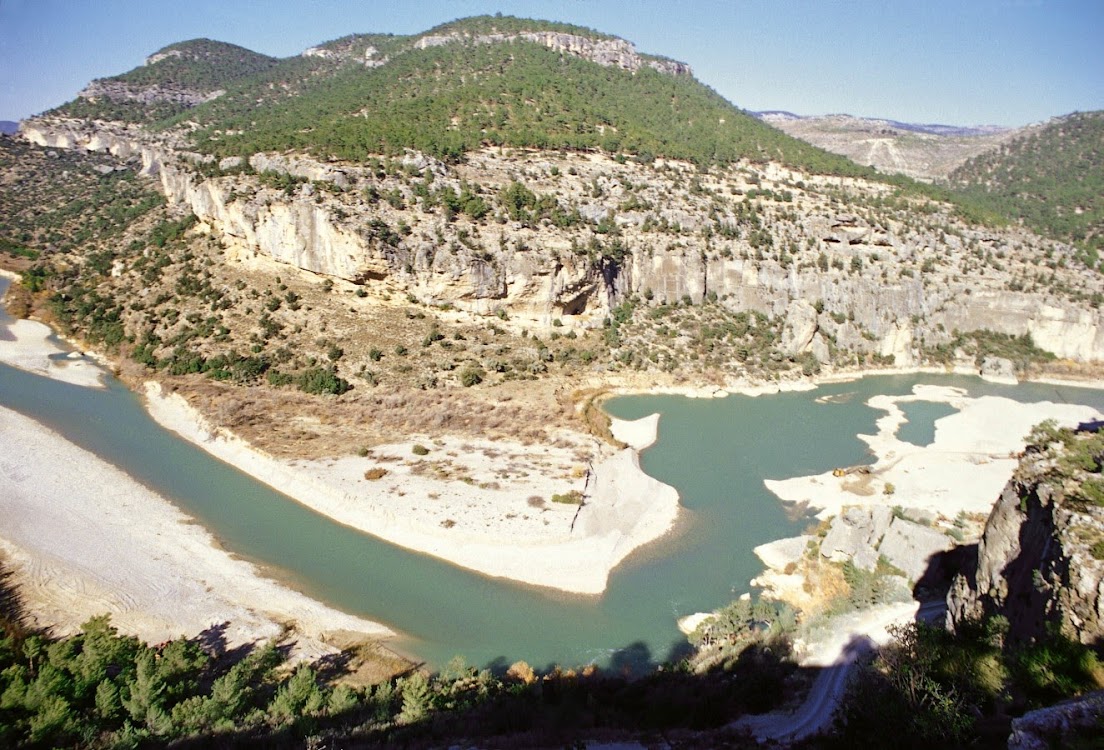 Ecological Tourism:
Silifke Goksu Delta and Tarsus Berdan River Salt Lake Delta are wetlands which are protected under international agreements. If you are interested in these bird heavens and turtle breeding places you can join a photo safari at any time suiting to your travel plans.

Water Sports and Rafting:
Rafting tours are organized in Koprucay under supervision of experienced guides and instructors at every weekend from May to September.

Convention Tourism:
Many small and larger halls in our city have hosted international and national gatherings. Our hotels have an adequate capacity. 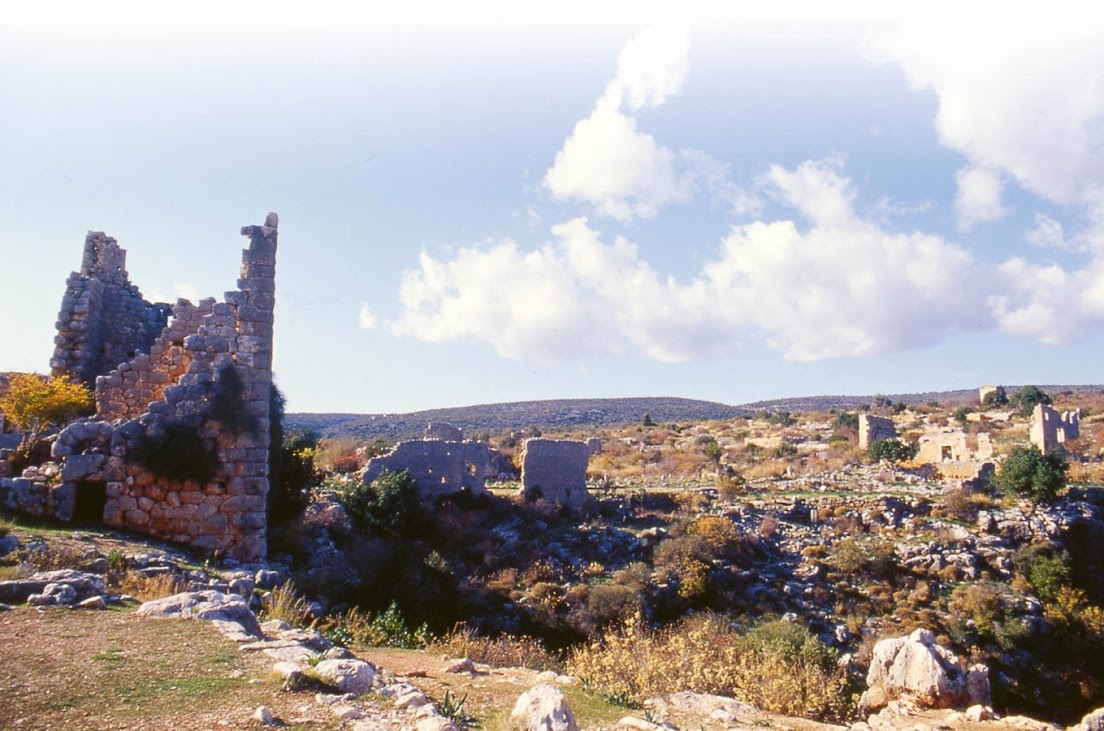 Mersin Highlands and Plateau Tourism:
Mersin - İçel region is a heaven of plateaus. You can enjoy cool air in tens of plateaus intermingled with archaeological sites at the heart of Toros Mountains away from  the scorching heat and noise of cities. 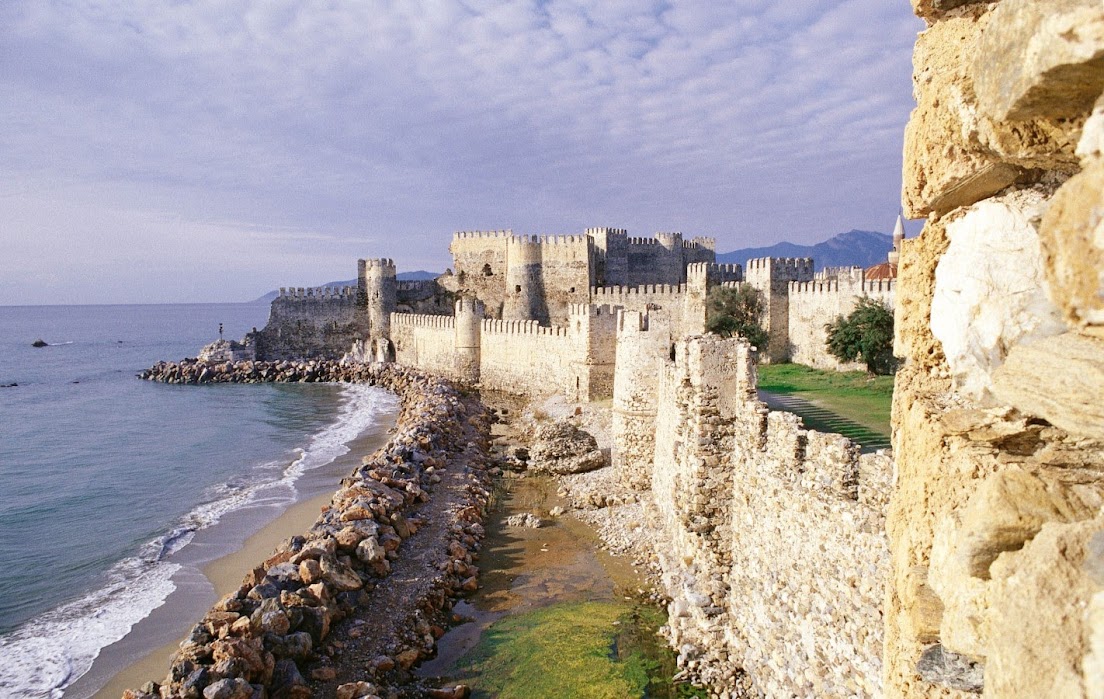 Anamurium:
This ancient city is located on the eastern part of Cape Anamur, 6 kilometers south-west of Anamur. It was first built by the Romans and reconstructed during the Byzantian era.

Mamure Castle:
Located 6 km south-east of Anamur, the castle has loophole walls built in order to thwart attacks from sea and land and it is surrounded by protection ditches on its three sides. Used by Romans, Byzantians, Karamanogulları and Ottomans the castle has Turkish-Islam architectural works such as mosques, fountains and Turkish baths. 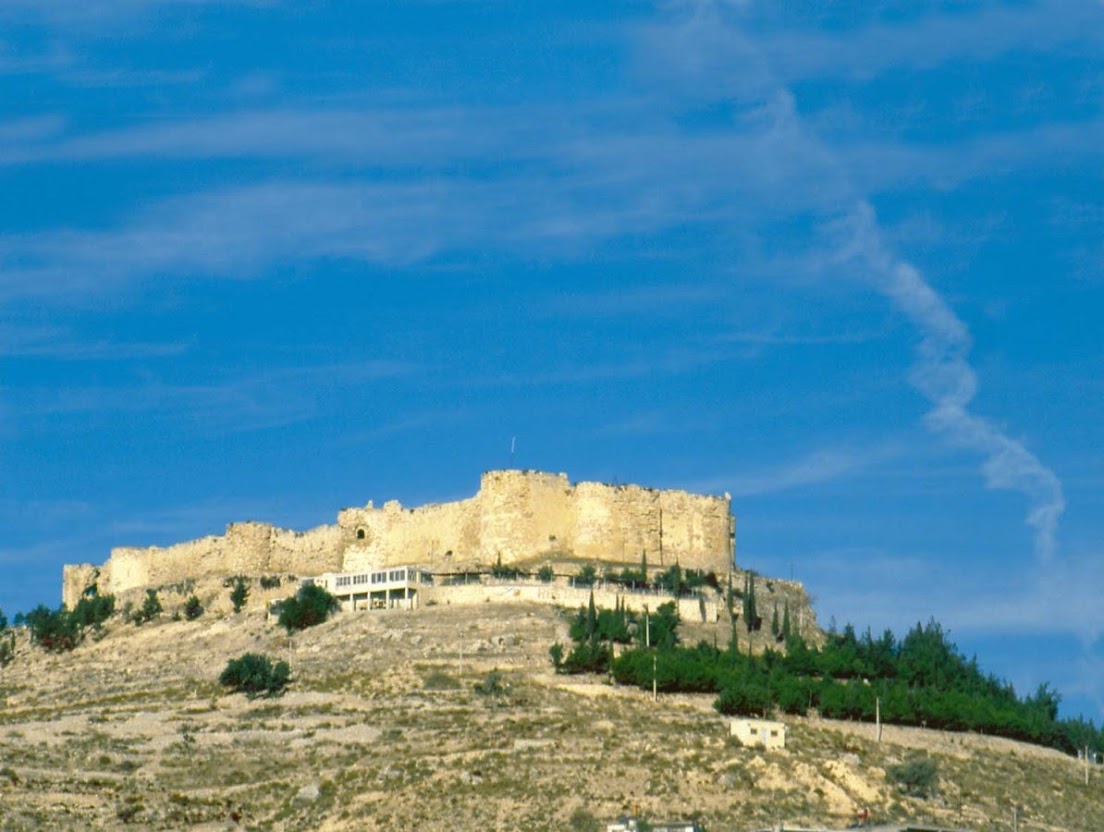 Silifke Castle:
The oval-shaped castle is built on a hill dominating Silifke and surrounded by ditches. There are ruins of arched galleries, water reservoirs, tanks and other structures inside the castle. It was used as the first settlement in ancient times. It was later modified by the Crusaders during their fights against the Turks. 10 of its 23 towers remain intact. Ruins of a mosque, which is believed to have been Yildirim Beyazit’s rule, can be seen within the castle. 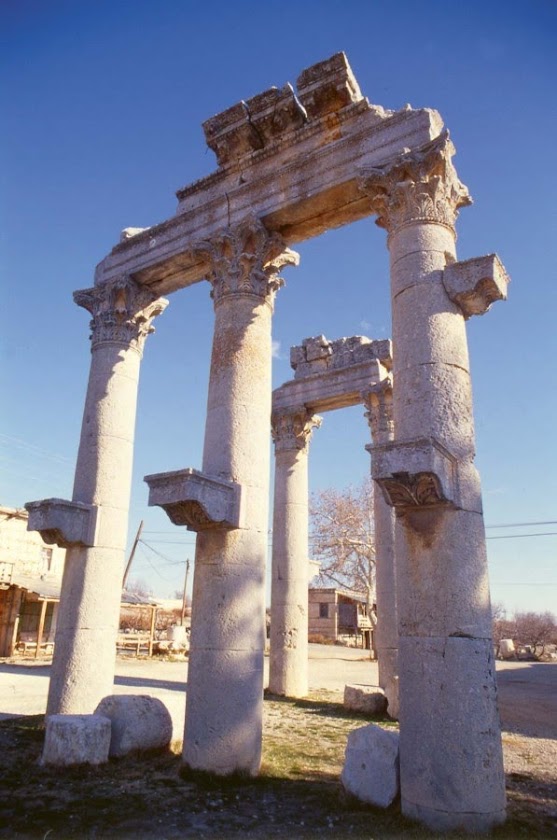 Uzuncaburç (Olba-Diocaesarea):
Uzuncaburç which is 30 km north of Silifke is reached through valleys and forests. Being one of the religious centres of the Hellenistic era, Uzuncaburç was called “Olba” in that period and “Diocaesarea” during the Roman period. In the entrance to it, there is a theatre dating  back to the Roman period and, around it, there is a holy road with ancient remains. All the 36 columns of the Zeus Olbios Temple, which is 2,300 years old, surrounded by high walls and with a vast courtyard, are intact. At the end of the holy road is a temple built for Tykhe (Fortuna), the goddess of success and good luck. The City Gate which has a monumental character was constructed with cut stones.
The tower which dates back to the Hellenistic era and the stone graves which cover the slopes along the valley in the north indicate that Uzuncaburç was one of the most important cities of the period. 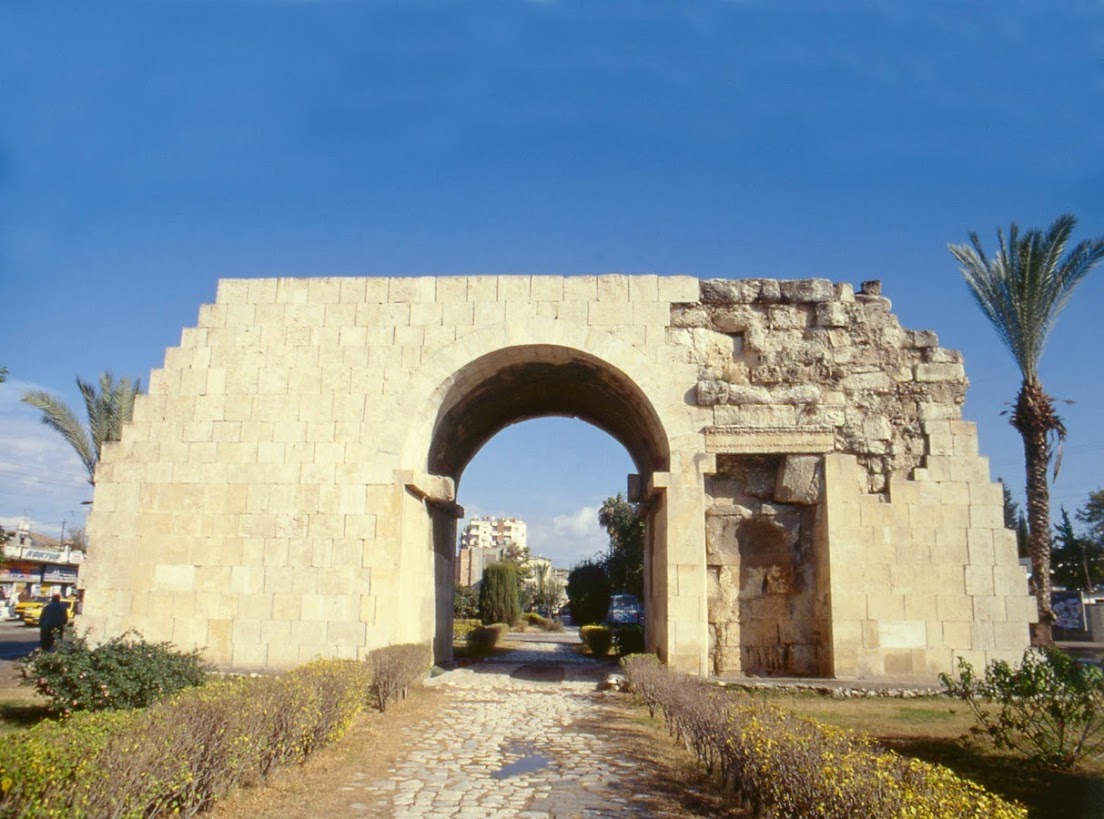 Cleopatra Gate:
Of the three gates of the city, once surrounded by walls, only the one facing the sea remains intact. Legend has it that Cleopatra entered the city through this gate to meet Antonius. 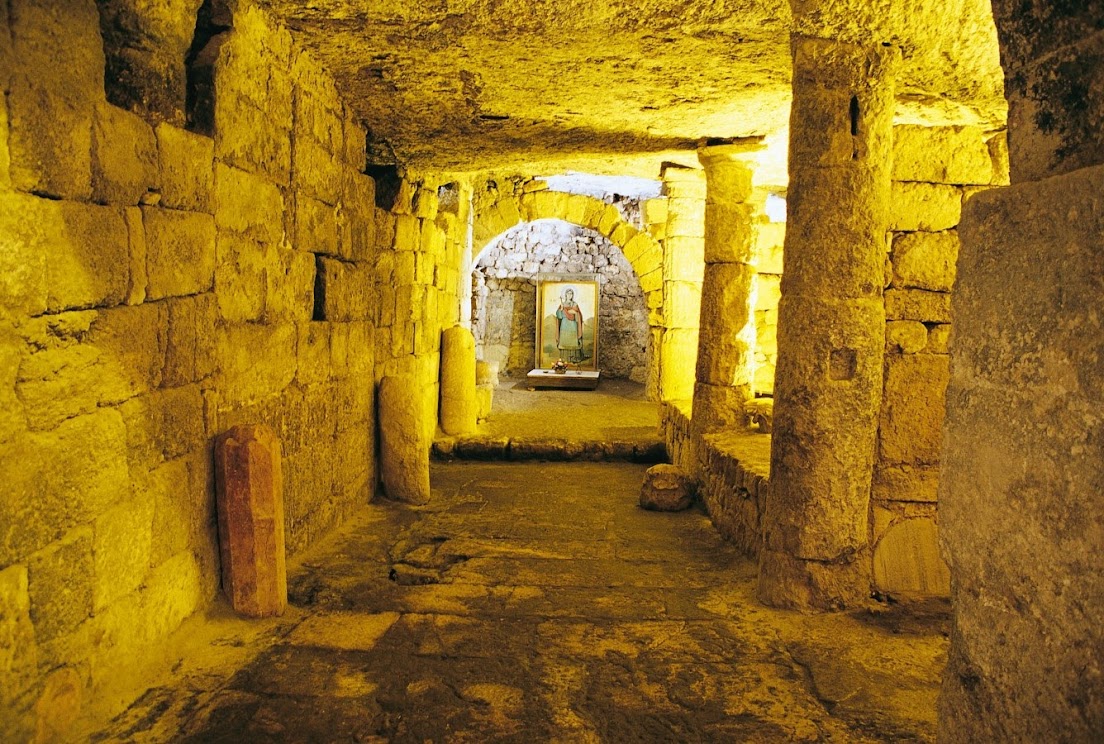 Aya-Thekla (Hagia Thekla):
Built around 50 B.C., is a unique place with its legends which have reached our day and with the cultural heritage it contains. 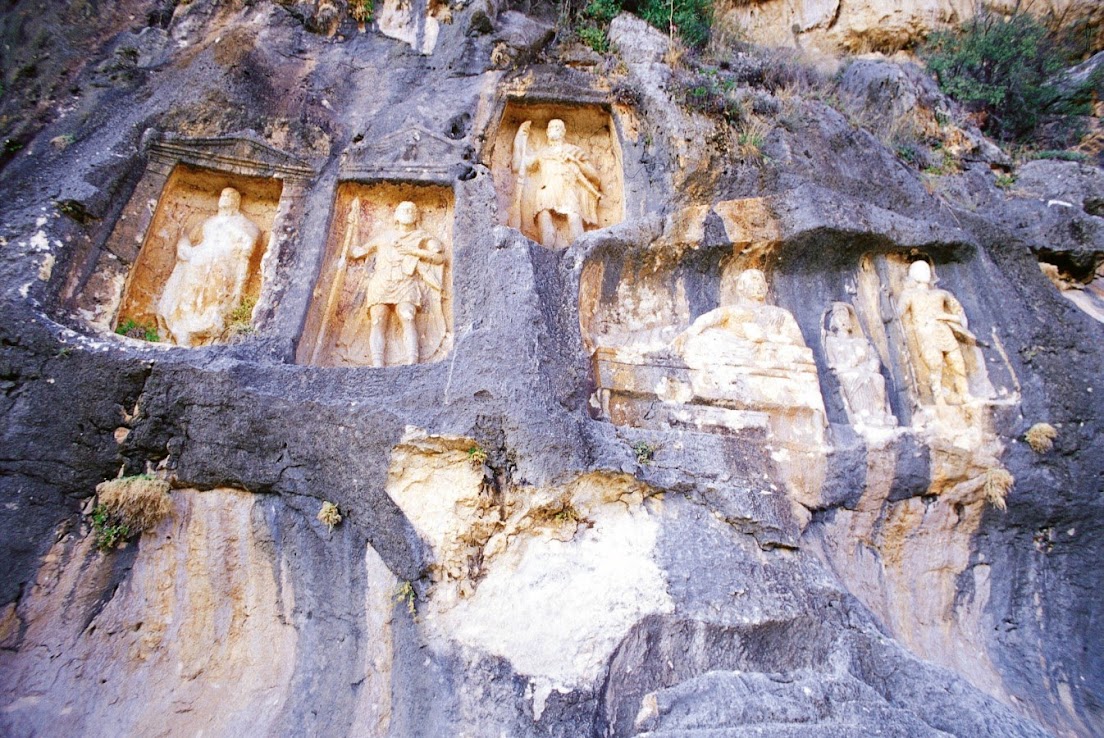 Rock-Cut Human Reliefs:
While going from the Maiden Castle towards the Village of Hüseyinler, if one leaves the road at the sixth kilometre and travels westward for another two kilometres, one arrives at the Creek Satan (Seytan Deresi). Human figures are carved on the rocky slope of this deep valley. These roman reliefs, which date back to the first century A.C. and which number 13, display scenes of funeral supper. 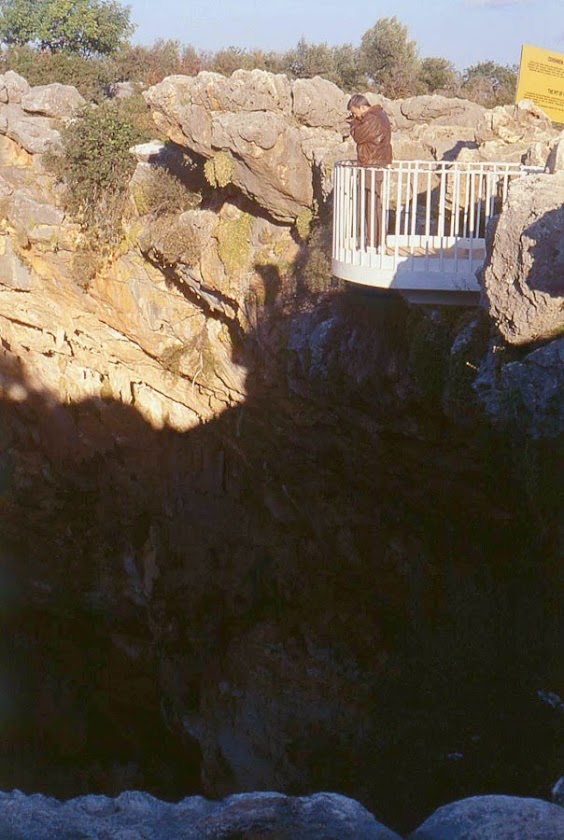 Caves of Heaven-Hell:
This is a large pit which came into being when the ceiling collapsed as a result of chemical erosion caused by an underground creek. It is said that the cave which is located at the bottom of the initial subsidence and is one of these natural wonders known as the “Corycian Caves” in the ancient ages was the home of the Monster Typhon. At the entrance of the cave, there is a small church which a pious man named Paulus caused to be built. One goes down the subsidence of Heaven by a stair of 452 steps each of which is quite wide. There are 300 steps to the church. After the church, one hears the sound of a mythological underground creek at the point where the cave ends. The pit of Hell which is 75 metres ahead of the subsidence of Heaven came into being in a similar way. The pit of Hell looks awe-inspiring. Rumour has it that sinners and criminals were thrown into this pit in the past. It is recounted that Typhon, who was “the giant of giants” in mythology and who destroyed every place through which he went, was confined here. The Cave of Dilek and Asthma which is located 18 metres under the ground is in the vicinity. 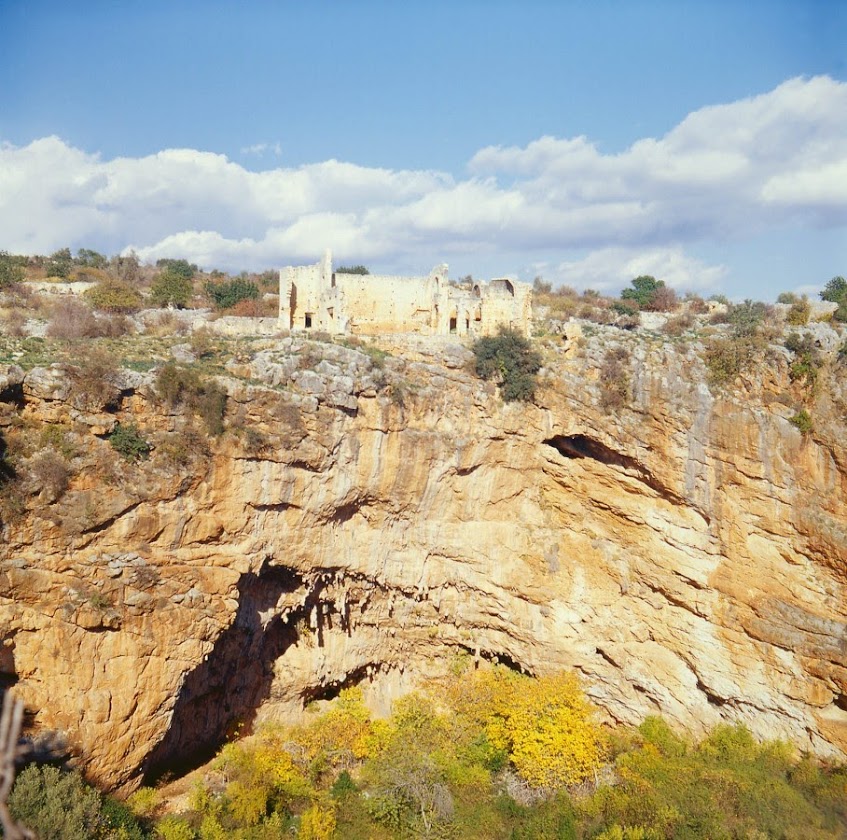 Kanlıdivane:
It is 3 km ahead of the road that turns right at the 45th kilometre of the Mersin-Silifke highway. The city, which was called Carytelis in the Ancient Age, is situated around a large swallow, that is, a wide and deep subsidence. In Kanlıdivane which contains ruins of a temple, church, cistern and a town dating back to the Hellenistic, Roman and Byzantine periods, there is also a Hellenistic tower built in the second century B.C. When one goes down into the swallow through ancient stairs, one sees figures of women and men carved on the rock on the right-hand side. It is said that, at the time of Byzantine Emperor Theodosius II, criminals were thrown into this swallow in which there were wild animals. 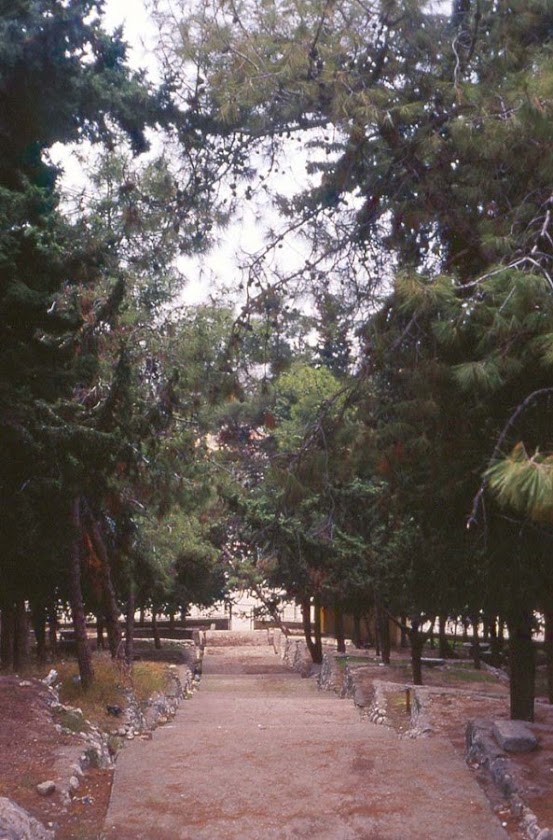 Yumuktepe:
It is north-west of the city. 33 tiers of civilizations were unearthed as a result of excavations carried out in this tumulus. The first settlement in Yumuktepe was built in the Neolithic age and continued uninterruptedly during Chalcolithic, Bronze, Hitite, Byzantium and Islamic eras. Artifacts, which are being displayed in Mersin Museum, include weapons used during the Hitite period, ceramics, stone seals, copper fishing lines, woman sculptures, jewellery and kilns. A castle discovered 25 meters under the tumulus is a small copy of the one built in Bogazkoy. 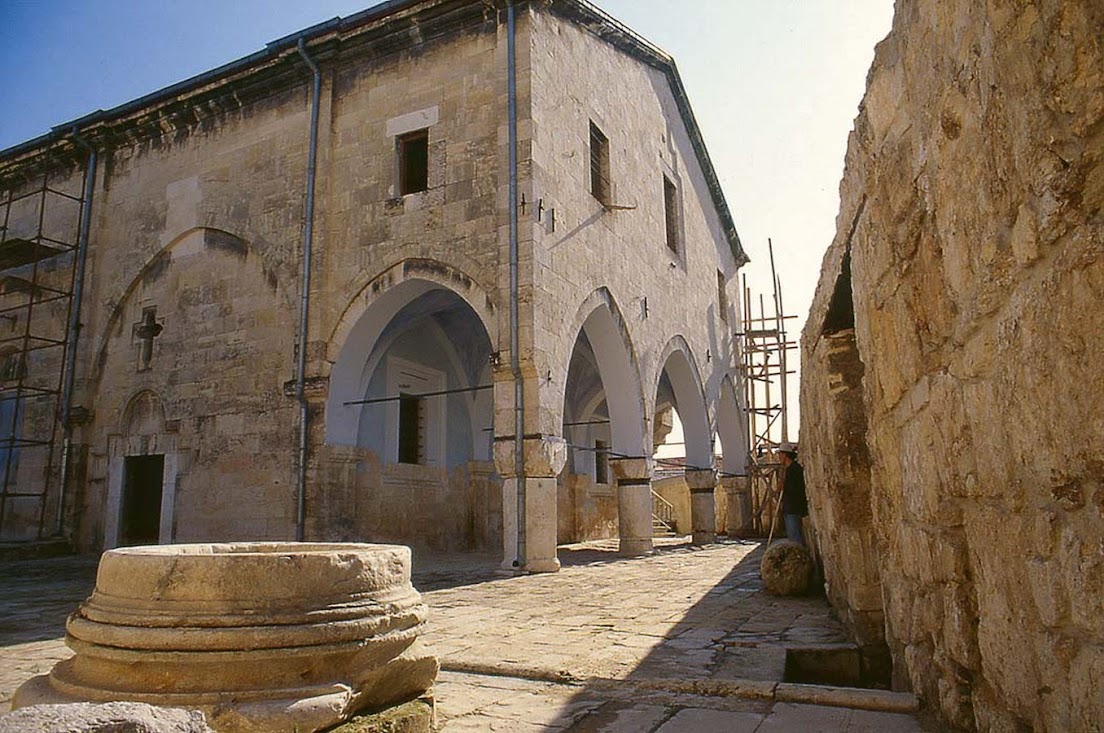 St. Paul Well:
It is a well located in a courtyard of a demolished house, where St. Paul is believed to have lived, in Tarsus city center. Recent excavations have unearthed some walls.

St. Paul Church:
St. Paul, one of the leading figures of the Christianity, is believed to have had this church constructed as St. Paul Cathedral at Tarsus city center in 1102. It attracts attention by its Roman-style thick and high walls, deep windows with a wide internal side and a narrow external side and thick columns. 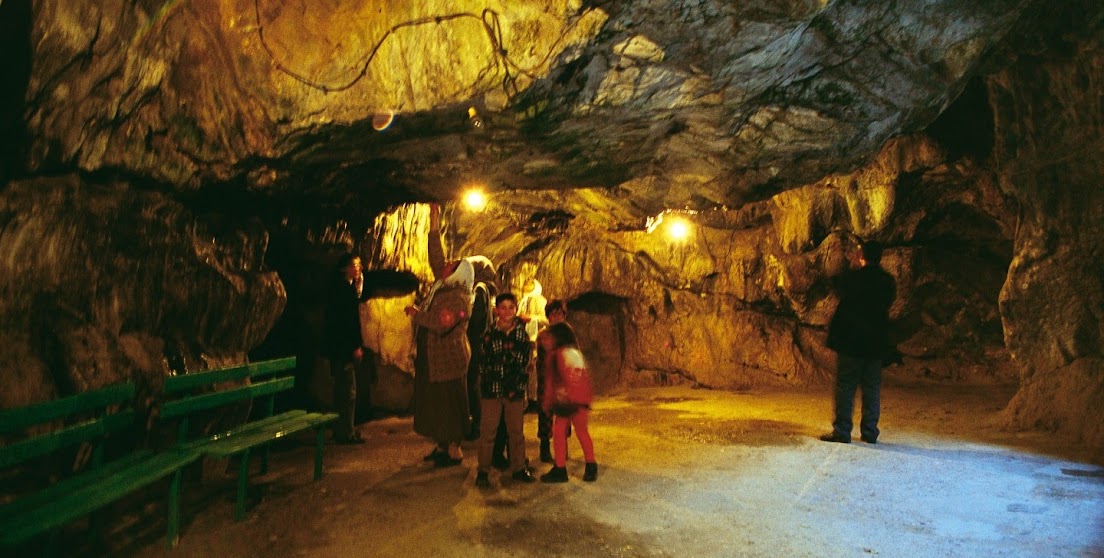 The Cave of Seven Sleepers:
The cave, mentioned in Kefh sura of the Koran, is 14 km north-west of Tarsus and is considered a sacred place both by the Muslims and the Christians. Around 250 A.D. Dacianus, a Greek ruler of Tarsus city, warned 7 young people, who had accepted to worship a single god, that they would be punished unless they worshipped idols. The 7 young people have fled from the ruler's oppression and took refuge in this cave where, according to legend, slept there for 309 years. 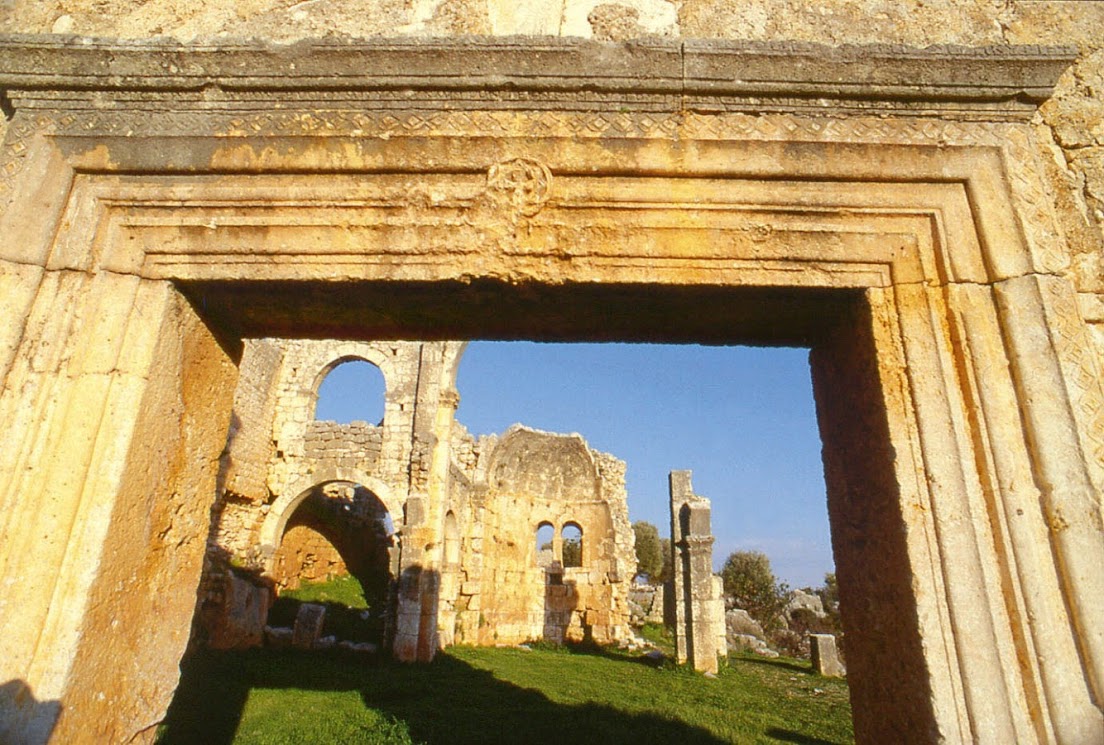 Alahan Monastery:
It is 24 km north of Mut county. Religious persecution suffered by early Christians during the period when the Christianity spread to Cappadocia and Liconia and fear of death forced these peoples to live in caves and cavities carved on rocks in mountainous areas. According to the legend, it was constructed in memory of St. Paul, one of the Christ's  Apostles, and Barnabas, one of the pioneers of the Christianity who lived in Tarsus, who visited the monastery. 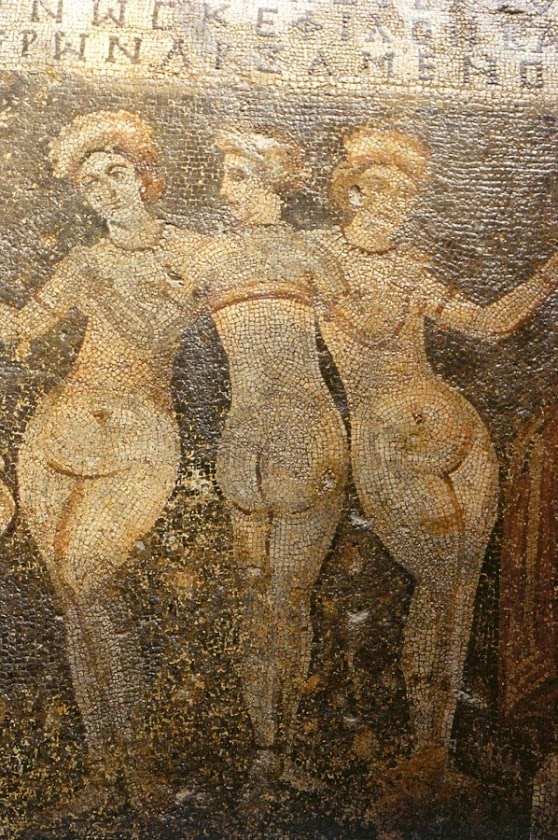 Three Angels Mosaic and Roman Bath:
It is located on the coast of Narlikuyu Bay 67 km to Mersin. A part of the bath and the coloured floor mosaic portraying the there angels known as "Gratiae" in mythology are protected within a building. The structure was built by the Romans in 4th century. 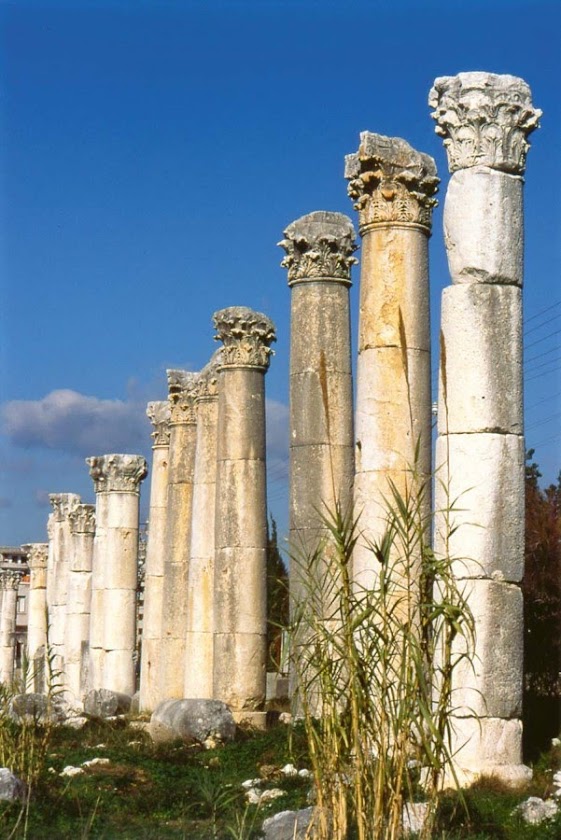 Viranşehir (Soli - Pompeipolis):
It is located on the coast 12 km to Mersin. This ancient city, known as "Soli" in the Hellenistic age, were ruled by Persians, Macedonians, Selefkos and Romans. Soli was conquered by Pompeus, one of the most glorious commanders of the Roman Empire, was named "Pompeipolis" after some renovations. It was ruined as a result of an earthquake that occurred in B.C. 527 and it is presently known as "Viranşehir". Its road with parallel columns and the old port are worth seeing. 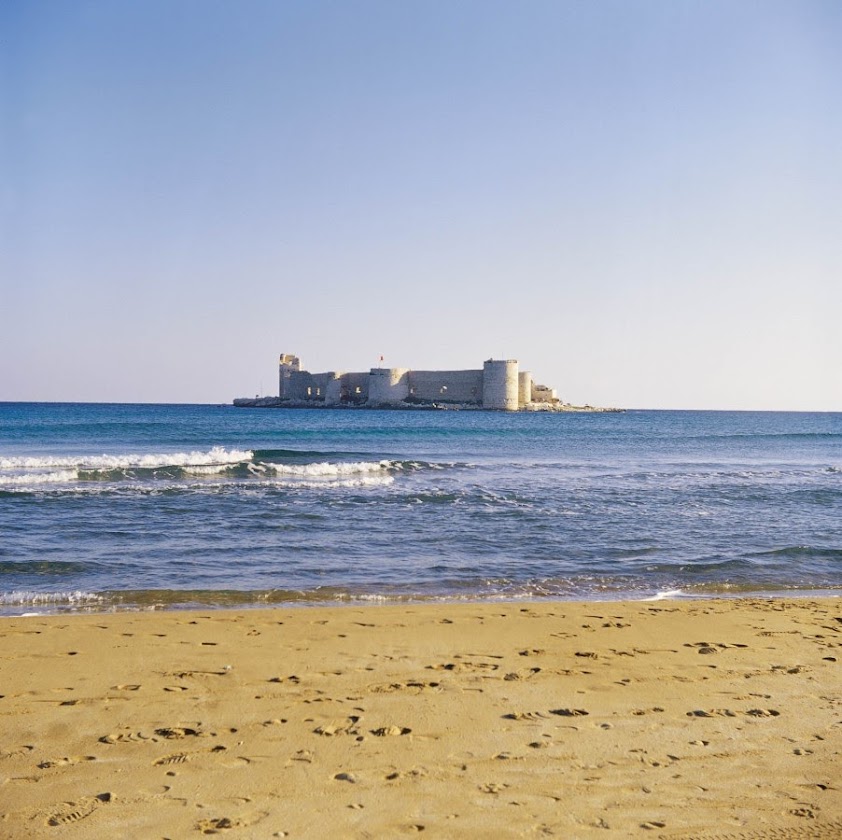 Corycus Ruins and Maiden Castle:
Located 23 km west of Erdemli and by the sea. This city, which became lively starting in the fourth century B.C. and was surrounded by walls, witnessed the Roman, Byzantine, Iusignan and Karamanoğulları periods. Maiden Castle was built to protect the ancient city of Korykos. The strong stonework of the Castle, a subject of legends, is quite impressive. The Castle was repaired by Karamanoğlu İbrahim Bey.