Mersin’s performance is over than Turkey average with a 97,17% proportion of literate population. The schooling ratio of age of education population is; in primary education 99,01% while in secondary education 71,91% in our province.

As of the educational year 2012-2013 there are 1.653 educational institutions in Mersin. 578 of them are pre primary education; 480 primary; 375 lower secondary school; 93 upper secondary and 127 vocational and technical secondary education. In these schools while overall 394.874 students are being educated, 21.820 teachers are performing duties.

There are three universities in the province; one Public University and two Foundation Universities involved in education, training and research activities. Additionally, there is an Institute of Marine Sciences in Erdemli, attached to the Middle East Technical University, where only post-graduate studies are offered. 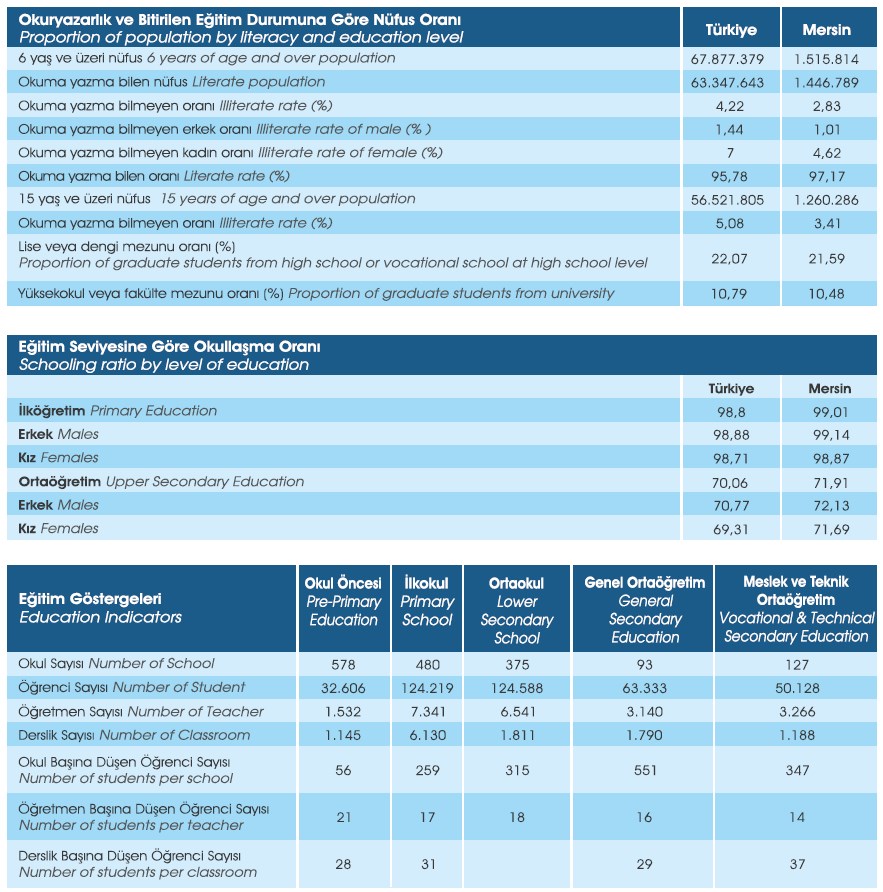 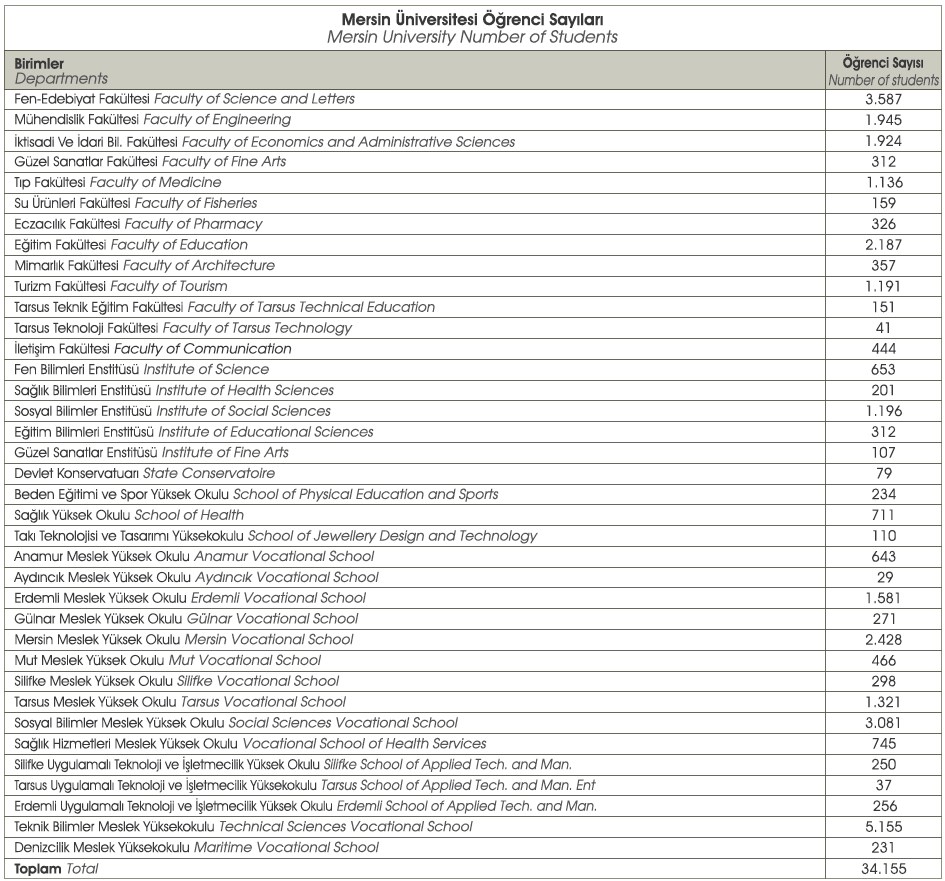 Çağ University
In Çağ University founded in 1997 at Yenice which is between Mersin-Adana; there are Faculty of Science-Letters, Faculty of Economics and Administrative Sciences and Faculty of Law and a Vocational School. As of academic year 2012-2013 there are overall 3.132 students and totally 138 academic staff; 11 of them professors; 4 associate professors and 33 assistant professors.

Toros University
Toros University which is established by Mersin Education Foundation in 2009; aims to have graduates in areas and professions in demand in the modern society both in the local and the international job market. It has academic staff of 90; 18 of them professors; 4 associate professors, 25 assistant professors and 482 students as of academic year 2012-2013.

Institute of Marine Sciences, Middle East Technical University (METU)
METU - Institute of Marine Sciences, founded in 1975. The purpose of the Institute is to determine and protect, and ensure optimum use of natural living and inert sources in our seas and to ensure accumulation of information to protect our rights and interests in our seas at international forums through inter-disciplined post-graduate studies in marine sciences. The Institute is composed of the following subject committees, which basically define the inter-disciplined nature of marine sciences:

While 9 lecturers are working as academic staff; 20 post-graduate students are educated.